BE THE CHANGE YOU WANT TO SEE 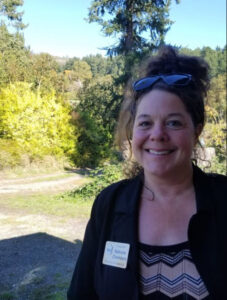 The world according to Councillor Chambers

The Truth- Thank you Mr. Etheridge it is true I was not cut off at this particular meeting.

Everyone drifts at times and we all make procedural errors as pointed out recently in the Saanich news in article by Katherine Whitworth (exemplary Saanich resident and civic watchdog). However, who is called out of order is dependent on the chair (**) and whether they recognize the point of order. If challenged,  there is a vote. Majority rules. Staff give us expert advice,  that is their role. In a previous article on the topic  it also demonstrates their difficulties in doing their jobs a well. As a councillor who ran to establish Affordable Housing,  re-establish the EDPA-Biodiversity Strategy, democracy and represent the public interest in Saanich.

The public cannot afford me to be silenced.

Especially since elected no Affordable Housing projects have been approved (Nigel Valley started with council with Mayor Leonard and continued with next council, and this term we just completed some things including reduced DCCs for not for profit projects), the main DCCs were delayed for 6 months costing tax payers 2M.

Focussing only on housing crisis will continue to weaken environmental protection especially with a climate emergency lens. Former property under the EDPA are being subdivided without a biodiversity strategy or a lens around our unique sensitive ecosystems as new developments come forward. The Biodiversity Strategy is a multi year process but what ecosystems will remain before changes are adopted?

I will continue to inform the public within my role as an elected member of Saanich Council. Although I was not cut off at this meeting my treatment in council since elected has not gone unnoticed. I thank All the Saanich residents who care for me; stand with me and are stewards of Saanich.

We are developing at a rapid pace (under a supply and diversity umbrella. COVID -the weakening of democratic participation  (Saanich has set the highest wihin Dr Bonny’s framework for civic engagement) the housing crisis and thrust of development in response without the former standard has caused a habitat crisis without adequate environmental protection in a climate emergency. Former properties protected by the EDPA are subdividing in a domino effect. Next one is Tuesday. This is without a biodiversity strategy around new developments and nationally renown sensitive ecosystems. These are waterfront properties with the highest marine bird diversity and are needed as adaptive/mitigation habitat for birds and other species adjusting to climate change.
‘The technical committee (composed of great people)  to replace the Biodiversity Strategy I am told will be a multi-year process with many chances for public input’. (I did 4 different motions to replace the conservation gap left by rescinding the EDPA all defeated).
3 years is too long to replace the biodiversity strategy

Tell others about Nathalie